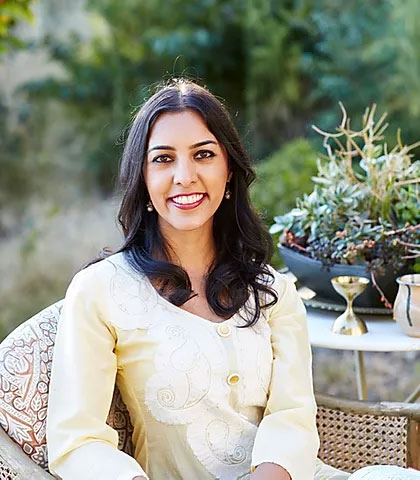 Ananta Ripa Ajmera is a certified Ayurveda practitioner and yoga instructor who serves as Director of Ayurveda at THE WELL, a modern membership-based wellness club and complete ecosystem for wellness that brings together world-class doctors and master healers for a more balanced you.

She is the bestselling author of “The Ayurveda Way,” which offers you 108 accessible ways to benefit from Ayurveda for your body, mind and spirit. “The Ayurveda Way” was the recipient of the 2017 Silver Nautilus Award (considered a major book award, conferred to the Dalai Lama, Eckhart Tolle and others for books that make a difference and inspire) and the Foreword INDIES 2017 Gold Book of the Year Award.

Ananta graduated from NYU Stern School of Business with a degree in marketing.

Learn more about Ananta at wholeyoga-ayurveda.com.

“Dr.Gokula is the best physician I have ever crossed paths with. He cares for my Aunt who has a few complicated illnesses and he doesn’t miss a beat with her care. Dr. Gokula and Kate make a wonderful team and I’m so lucky to have found them.“

Patient is the Boss, Doctor is the Coach

Patient is the Boss, Doctor is the Coach